In their first season at the 2A level, the Ninilchik Wolverines came into the state tournament with a perfect 23-0 record. Coming off a 73-34 victory over Hooper Bay in the quarterfinals, Ninilchik faced the Unalakleet Wolfpack in the semifinals tonight.

Unalakleet, a regular contender in the postseason, set the tone early. Alukka Ivanoff stole the ball seconds into the game, and Cody Ivanoff scored 5 of the 7 points in a two-minute 7-0 Wolfpack run. Ninilchik coach Nick Finley called a timeout to collect his squad. “I just wanted them to settle down. None of our kids have been on this stage before.” Finley said, “The Wolfpack came out ready to play; they were hot from the get-go. They’re here every year. They’re battling every year. So we call that timeout, settled down, and fought our way back into it.” 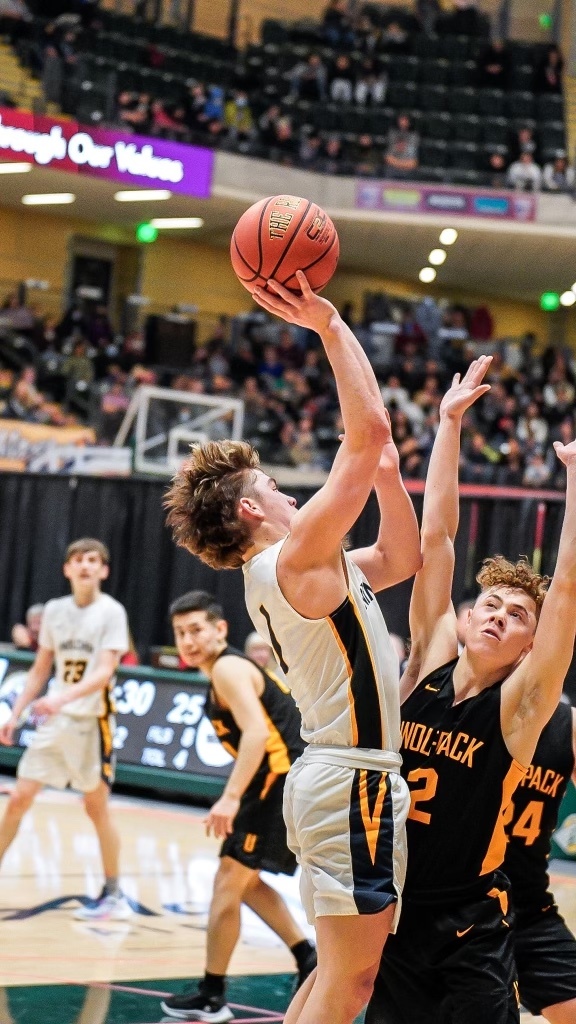 A combination of defensive pressure and sharp shooting helped Ninilchik gain momentum, where they caught up with just two minutes left in the first half. Lukah Kaulgin scored 3 three-pointers in the second quarter. His 3rd three-pointer late in the second gave Ninilchik a 25-22 lead that they held for the rest of the game.

Ninilchik will face Metlakatla for the 2A State Championship at 8:30p.