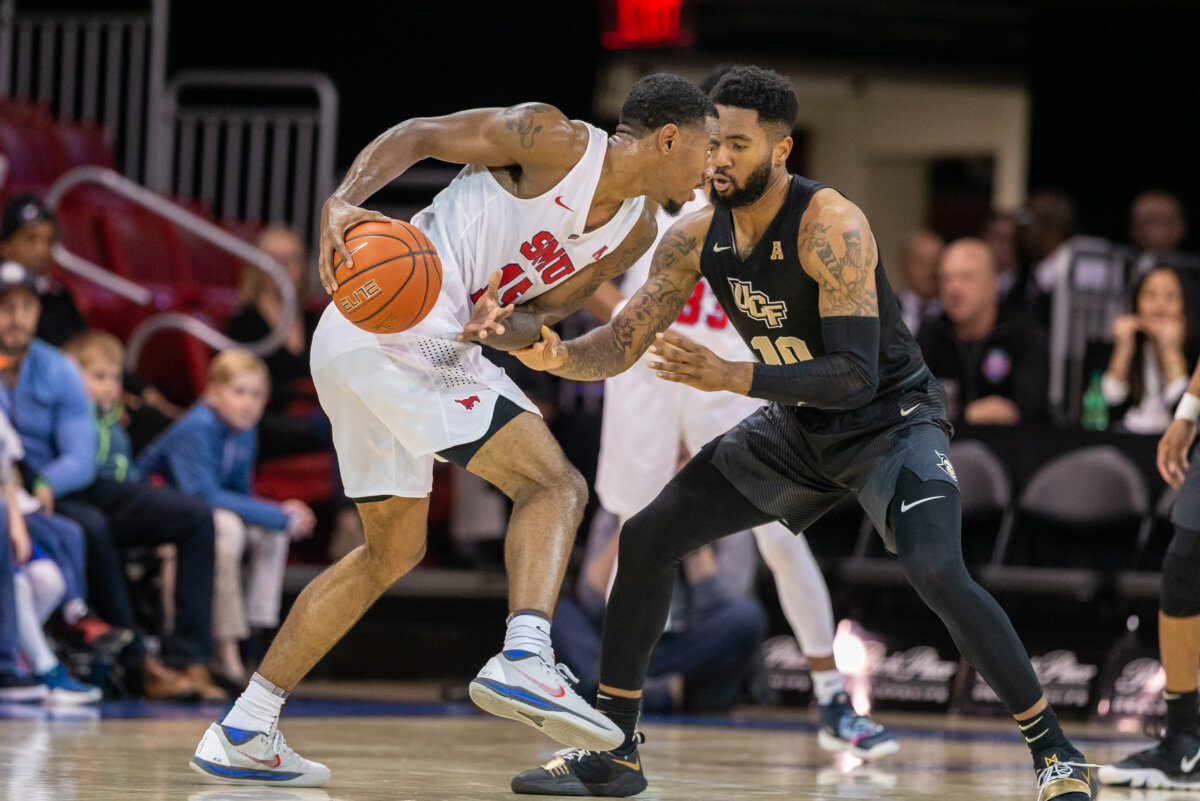 I have been known as something of a contrarian when it comes to coaching and teaching basketball. We all have different experiences and we are shaped by those experiences. When I started coaching, it was one size fits all, I was taught in a particular manner and that’s the way I taught. Forty years later, I realize that’s not the case. Good players can do things that lesser players can’t.

I spent a lot of time trying to get those lesser players to do what the good players do. Now, I try to find out what the lesser players are good at and try to get them to be really good at those things. The results were dramatic, and I learned that all good players don’t have to be good at the same things to be good. Here is a little bit about what I mean and how it came about.

One of the most common phrases in basketball is, “Read and React.” I have learned to despise that phrase. I think if you want to read something, I think you should go to the library. By definition, if you react, you are acting second. If you act after your opponent, how can you beat him?

I believe that you should attack your defender, immediately, with something you are good at. That’s what good players do. Not think not fake, not set up, ATTACK. If anyone is going to read and react, it should be your defender. I’m not saying you should just run him over, but you should try to get control of his actions as early in the possession as possible by forcing him to make a commitment to stop your best. Then, if you have one or two little counters, not really big movements, where you can take advantage of his commitment, and the next thing you know, he’s acting second, he’s behind your action and you beat him.

As I discussed above, we are all products of our experience. So, where did this way of thinking come from?

You wouldn’t know it from looking at me, but I cut my teeth on the court by coaching post players. At my small size and slight (back then) build, I developed a pretty good reputation for working post guys. I studied it day and night. I had everything, footwork, mentality, terminology, workout plans, etc. I taught locate, sit on his hip, push up the lane, and all the things that were traditionally taught in the post. I got to work with some pretty good players, including several high NBA draft choices. However, in the big picture, I wasn’t happy with the results of my teaching. The players all worked hard, most had good success, some more than others, and that was a result of their talent and ability level, not differing work ethic. I was constantly searching for ways to help the lesser players have better results in their work. Then, I started to study, not so much what I was doing, but what they were doing. What was the difference between the better players and the others? I understood the physical differences, but I noticed there were differences in mentality and thought processes.

Then, I ran into the two most influential coaches in my post player coaching career.

The late Rick Majerus was the Head Coach at Marquette, following the legendary Al McGuire. Rick went on to the NBA, then came back to college where he coached the University of Utah to the NCAA Championship Game, and then onto St. Louis University where he also had great success. He had a reputation of, not only being a great coach but a great developer of post players. Rick had some very unusual concepts in regard to coaching post players. We sat and we spoke about playing in the post. We watched some film and I was struck by how quickly his post players acted. My first thought was most of it was physical. He taught me it was mental. While I was teaching, “locate your defender, hold him on a side, decide,” he told me he teaches, “when you get the ball, look baseline and go. Immediately!” It doesn’t matter which side you’re on, “look baseline and go.” Then, when you look baseline, if you are defended, you will know, immediately, that you are open over the top. “Go, immediately.” We talked a bit about counters, but the main message was, “Don’t waste time looking for things that may or may not be there. Here’s a plan, attack it.”

The second person I ran into was Bill Cartwright. Bill was the #1 HS player in the country and 2x national player of the year. He was a multiple 1st team All-America at the University of San Francisco and was the first pick of the NBA draft by the NY Knicks, where, at 7-1, he teamed with Patrick Ewing as their Twin Towers. He moved on to the Chicago Bulls where he teamed with Michael Jordan to become a multiple-time NBA Champion. When his playing career ended, he stayed in the NBA as a coach and he obviously specialized in post play. In talking to him about post play and watching him work, again I was struck by how quickly his players were able to act. Over time I learned that his teaching mantra to his players was, “Get the ball and attack the middle, immediately.” It didn’t matter which side you were on, attack the middle, immediately, and if you were played, have one or two little counters to take advantage of the defensive positioning. His thing was to get the defender to make a commitment to stop you and take advantage of it.

Attack with your best, have a counter or two if you need it.

On the surface, it looks like they were teaching different things, but in reality, they were not. They were teaching the same thing. While I was teaching locate, hold, act and wondering what took so long, they were teaching act, force your opponent to react. As I progressed in my career, I came to realize some things. Not the least of them is that players are better at some things than they are at others. So, I tried to adapt my teaching to that thought and take what I learned from Coach Majerus (catch and immediately look baseline) and Coach Cartwright (catch and immediately attack the middle) and applied it to my teaching. I saw players on the left block look baseline and go. I saw players catch on the left side of the lane and attack the middle. The problem was, not everybody was good at turning to the left and going to the baseline. Not everybody was good at attacking the middle going to the right. I adapted, I change to what the players were good at. Now, when they catch, I want them to act immediately. But, not baseline or middle, but with what you are good at. If a player is good at turning over his right shoulder, do it immediately. If he is good at a drop step, do it immediately, and look to score. Now I teach, “Attack with your best, have a counter or two if you need it.” Once I started to teach that mentality, I was amazed at the results

Now, this is not an essay on post play. The subject matter, here, is attacking your defender, not reading him.

Another mentality I have learned over time is: In this game, the same things happen over and over and over again. You don’t have to learn a hundred different things. You don’t have to have dozens of things to do. Simplicity leads to quicker and more decisive actions. Sticking to the things that you are good at and using them often helps you get better quickly. Learning to do the same things getting really good at them and applying them to multiple situations make you unplayable.

So, in that line of thinking, I took what I learned and realized that “In this game, the same thing happens over and over and over again.” For years and years, I was taught and I did teach that there was a difference between post play and perimeter play. I have learned that is not true. It might look different, but “In this game…” Now, working with perimeter players I teach the same things I teach post players. “Catch, attack with your best, have one or two counters if you need them.” Again, once I started to teach with this mentality, I was amazed at the results.

Now, I teach fewer things and players improve faster. It has made for more efficient, game-related workouts, which leads to better play.

It has also led to a different emphasis with the players. I believe that players should work on fewer things once they get the ball and work on more things to get them the ball in a position where they can attack with what they do best. If there is a player who is a very good shooter and he gets really good at the things that will get him open before he catches the ball so all he has to do is shoot it when he catches it, he has a chance to be a really good player. Working V-cuts, L-cuts, Hawk cuts, curls, flares, fades, etc. give players a significant advantage over opponents in regard to being in position to attack immediately once he receives the ball. It forces your opponent to start his defensive possession needing to recover and react to you as opposed to forcing him to act behind the offense’s action and to act second. When players are prepared to attack immediately they become quicker, more decisive, use fewer dribbles, create fewer turnovers and become better shooters than the players who catch the ball and then try to figure out what to do.

Attack your opponent, make him read and react to you. Force your opponent to try to figure out how to stop you. Not the other way around.

Coach Don Kelbick has had 27 years of coaching experience, 25 at the college level including 14 years as a head coach and 10 years as a Division I assistant including stops at Hofstra University, Marist College, Keene State College, and Florida International University. In 2 years as a high school coach, his teams produced 6 Division I players and was ranked #1 in Florida 28 out of a possible 34 weeks. In addition to coaching he has scouted for NBA teams, including the Knicks and the Hawks, and served as a general manager in the USBL.